Every year I tell myself I don’t do New Years Resolutions, they have a tendency to set one up for failure or have goals that are so benign you wonder why you had to wait for new years to do it.

But every year I find myself succumbing to a feeling I get only on January 1st, the feeling to try something new and make this new year different from the last one. I suppose it’s a natural human reaction when you reach the age of 30, a kind of annual mini-mid-life-crisis where I look back at the previous year and wonder what the fuck did I do.

So for this year, in an effort to do something with my life, I will try to release something I’ve made every month for 12 months. Now I know what you’re thinking, this either sounds like bullshit or I’m just going to draw a cuddly cartoon animal every month and look smug for the other 29 days. But I want to challenge myself while at the same time doing something I can finish in 30 days, so I’m going to make a game.

My first unimaginatively named game is Circle Test. This started out as an idea for a tvOS game before I realised that almost no one I know has an Apple TV that can run it. The first challenge probably should be something I can get some feedback on otherwise I’m just making crap for myself here. 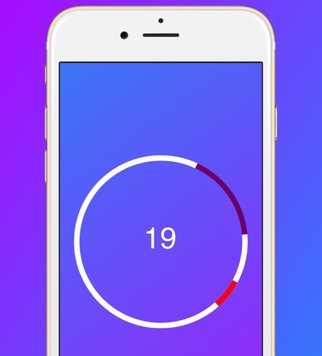 The goal is simple, see how good your hand to eye coordination is by mashing your iOS device when the red semicircle is colliding with the purple semicircle. Through some non-scientific testing I did which has yielded statistically irrelevant data:

The target area gets generally smaller and the speed faster as your score goes up. That’s it.

So if you were wondering how I’m going to release a new game or app every month, the answer is by keeping the scope small but with wiggle room to ship. I can be sure that at the end of every month I will have that smug look someone has when they’ve shipped something on my face.

If you’re still here and you haven’t downloaded Circle Test yet, why have you read this far?